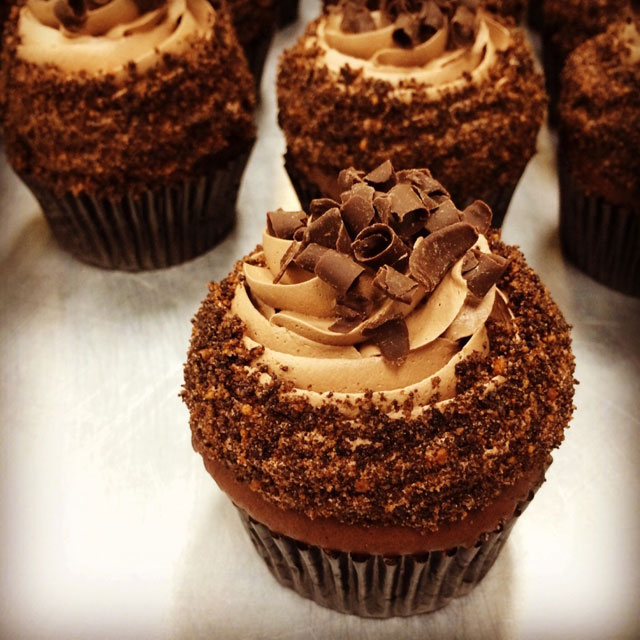 Mother-daughter team Melinda and Naomi Moreno founded My Delight Cupcakery in 2009 with aspirations to innovate the pastry world, while sharing their carefuly crafted cupcakes with the world!

As the Story Goes… Naomi was blessed with a talent for baking since childhood, providing cakes for friends and family since 1998. She turned her passion into a profession after graduating from Le Cordon Bleu College of Culinary Arts as a pastry chef. While busily working in several bakeries and restauraunts, her independent work from home began to boom. Gaining higher demand, she quickly outgrew her family kitchen and began to embrace the idea of owning her own bakery. It had been a lifelong dream to have her own shop. At only 26 years old, however, Naomi did not have the means to do it alone. Naomi’s mom and biggest fan, Melinda, along with the support of her family also believed in her dream, so opening shop happened organically. Having run the administration side of a church for over 20 years, Melinda knew a thing or two about managing and took on the role of co-owner. After many trials and obstacles, My Delight Cupcakery opened their doors to a long line of cupcake enthusiasts, becoming one of the Inland Empire’s first cupcake-only bakeries. My Delight Cupcakery has become one of Southern California’s prominent go-to cupcake stops, winning multiple awards for their consitency in innovation as well as mastering tradition.
MAP