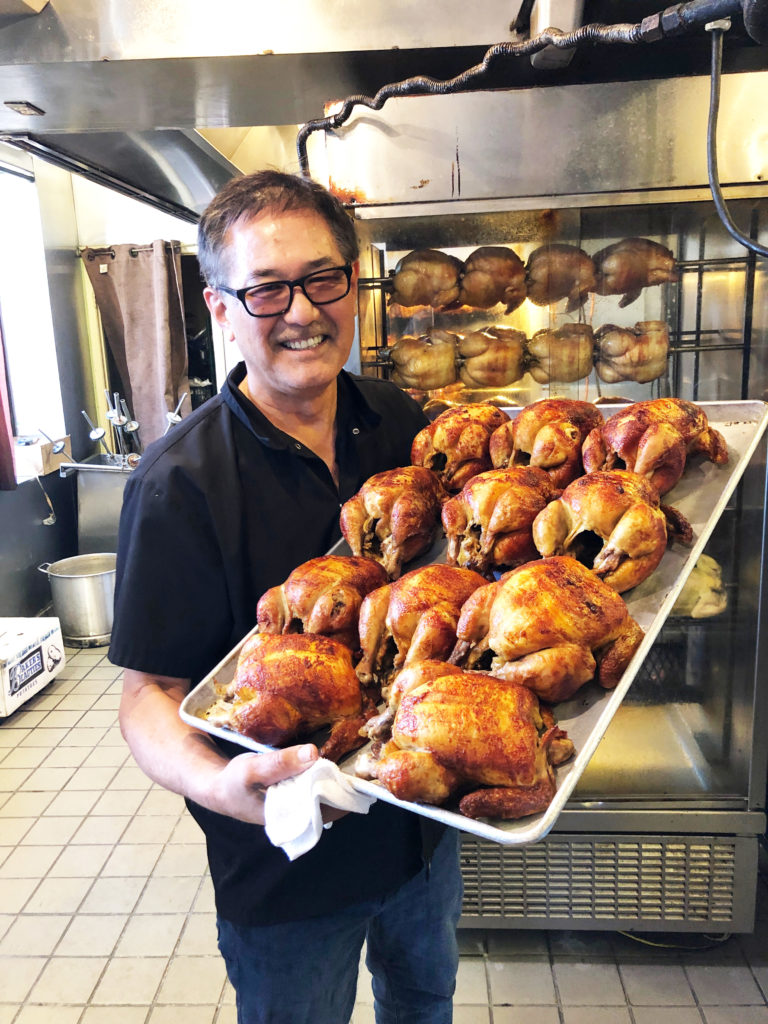 Great chicken and catering go hand-in-hand at Juan Pollo, where succulent rotisseried chicken is a carefully honed art form of perfect timing and seasoning, and the price of a catered meal of chicken, beans, rice, salsa, and tortillas is only about $5.50 per guest! Since Juan Pollo debuted in Ontario in 1984 after founder Albert Okura spent several years “working in the shadows of the Inland Empire” to learn the secret to unleashing the power of chicken, it’s grown to include more than two dozen locations in Southern California. Okura is as demanding about the owners of franchised stores as he is about the proper roasting of chicken (“It looks simple, but it’s not,” he insists). Every franchise (except for Okura’s two stores) is owned by a former Juan Pollo employee, many of whom first worked for Okura in their teens, when they learned the detailed process that makes Juan Pollo chicken so consistently delectable. Thanks to Okura’s entrepreneurial genius as well as cooking and training skills, customers get great chicken every time and even though those former employees and now successful franchise owners didn’t have the opportunity for a higher education, “their kids are graduating college,” Okura says proudly.