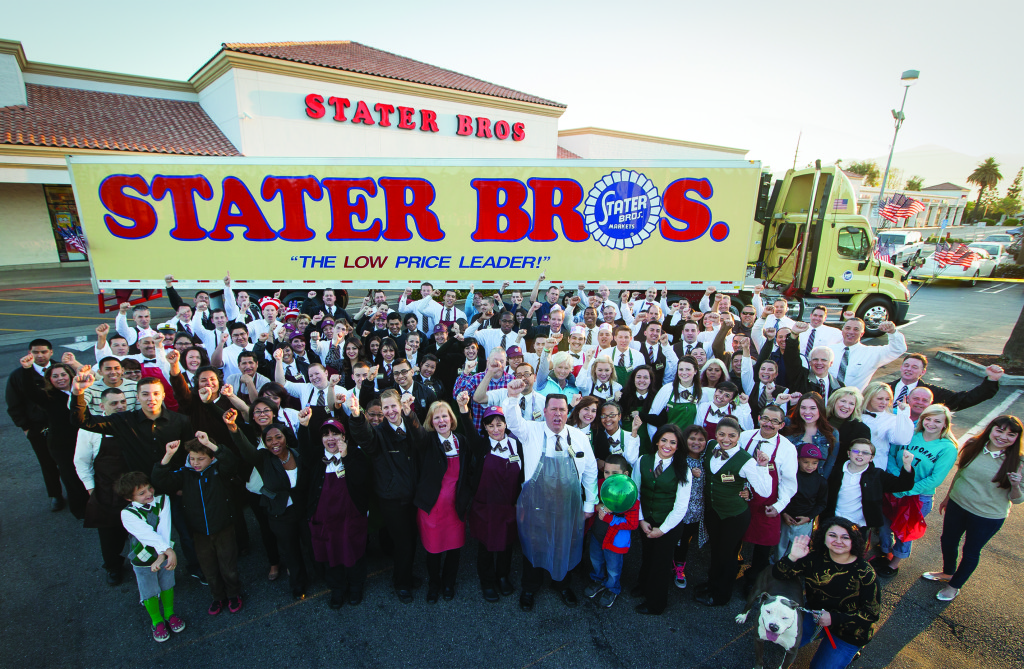 Stater Bros. was recently rated as the “best place to shop for groceries” among Full Service Supermarket Chains in Southern California in the May 2014 issue of a Leading National Consumer Magazine. Stater Bros. was rated No. 1 in Southern California for low prices and highly rated for employee courtesy, meat and produce quality, cleanliness, and checkout speed. The ratings were based on the responses of the magazine’s readers about their experiences at 55 of America’s leading Supermarket Chains, Warehouse Stores, and Limited Assortment Stores. Each Supermarket Chain was rated for prices, service, cleanliness and perishables.

Jack H. Brown, the Chairman and Chief Executive Officer of Stater Bros. Markets, stated, “I am so proud of the over 18,000 members of the Stater Bros. ‘Family’ of Employees for bringing this high honor to Stater Bros. Supermarkets. We will all work very hard every day to continue to earn the privilege of serving you, your family, friends and neighbors.”

Stater Bros. … Where you always get more for less.