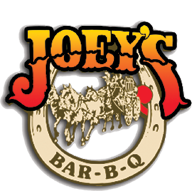 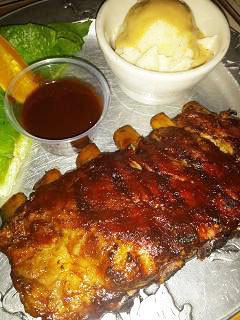 Joey’s is owned and operated by Luria and Ray Moors who opened the original location 27 years ago.  The idea began when Luria and Ray moved to Southern California from Houston, Texas back in the mid 70’s.  Ray was offered a position as a television camera operated for several television studios in downtown Hollywood.  While residing in Houston, Luria had picked up the knack for barbecuing and would always experiment in her home kitchen with recipes she’d wish to use in her own restaurant one day.  They both realized that there wasn’t any genuine Texas-Style barbecue establishments in the area.  Luria and Ray often talked about opening up a restaurant to bring the taste of Texas to the community.

Luria spent a lot of time taking care of her one year sold son Joe while Ray was in Hollywood at the studios working on shows such as The Dating Game, The Newlywed Show, Los Angeles Dodgers games and Silver Spoons and was working with names such as Sammy Davis Jr., Bob Hope and Joe Namath.  One day Luria walked to the local market on the corner of East End Avenue and Riverside  Drive in the City of Chino for some groceries and noticed a for sale sign on the building across the street.  She knew this would be a nice place for her to pursue her dream as a restaurant owner.

After a few phone calls to the bank and some convincing conversation to Ray, she finally had her shot.  There were long hours, sometimes day and night spending in the kitchen perfecting her recipes.  After a few years and a lot of trial and error, they finally had a successful barbecue restaurant.  To this day, Joey’s Barbecue is still family owned and operated and they use the exact same recipes they did 26 years ago.  The Moors’ family invites you to come in and enjoy a real Texas barbecue at our Chino Location.