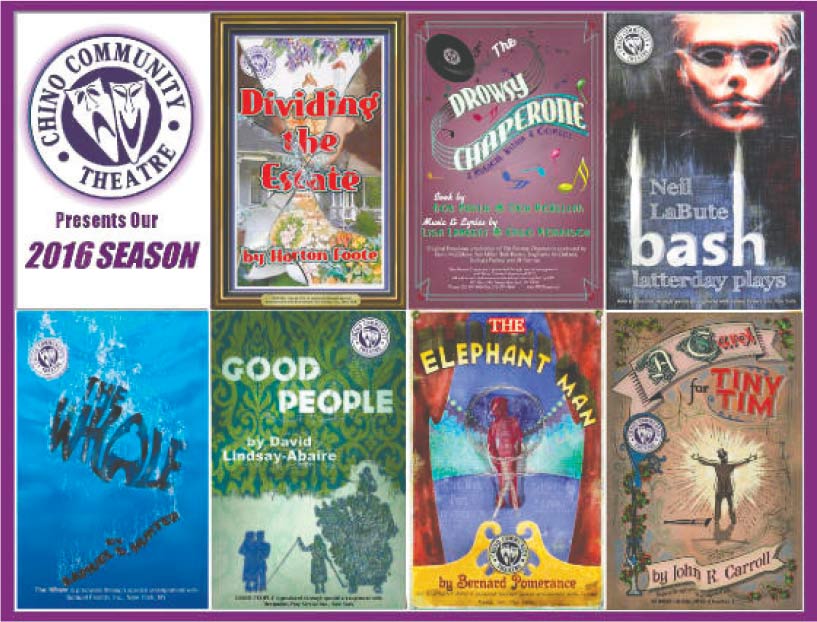 Chino Community Theatre has been providing quality live theater to the Inland Empire for over 30 years. From its humble beginnings producing just a few shows a year at the Community Building on 10th Street, CCT (which includes the Chino Community Children’s Theatre) now performs at the Seventh Street Theater where it produces up to 12 shows a season, along with providing many workshops and classes in the arts. Over the years, CCT has won numerous awards and in 2009 won the top prize at the AACT Festival where it was named the Best Community Theatre in the nation.